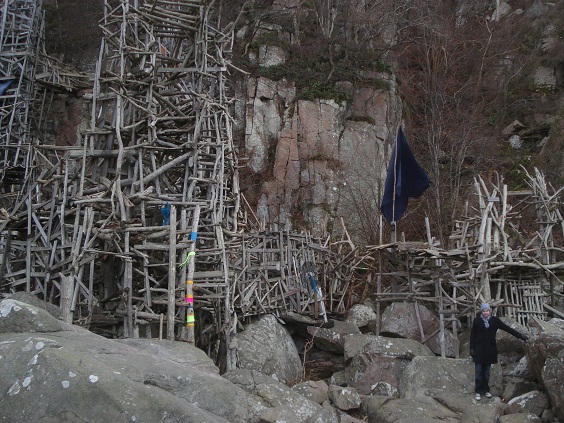 The colourful part is perhaps an art installation by unknown artists. Just one visitor today in Ladonia. 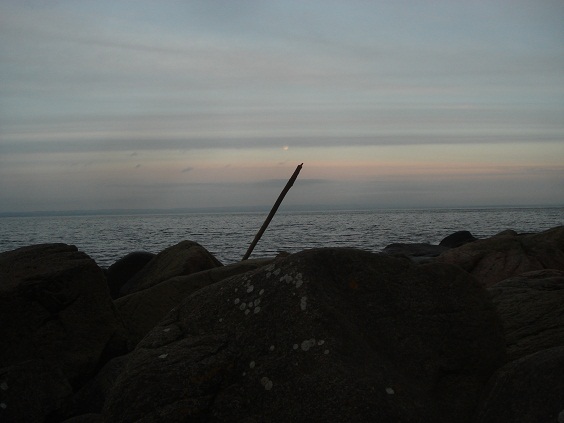 Wotan’s Tower was lost in the storm. The first piece in Wotan’s Tower III can be seen with the moon in the background.

Concerning the ongoing war against the Swedes it should be reported that they again are trying to interfere. This time they are accusing Ladonia of using wood taken from a Swedish forest near the border. There will be a court case about this incident. It might be true that Ladonia has taken wood from a Swedish forest but that has been the case even before Ladonia was proclaimed. Since around 1985 we have been using would that has been left by the Swedish Authorities.