A declaration from Minister etc Pedro was made in the Ladonia Cabinet:

Whereas,
The Office of Tribal Affairs shall be temporarly administered by the Ladonian War Department under the tutilege of Sir Admiral Pedro Martinez, the agency is created as a division of such War Department. Its interim mission is to negotiate treaties with conqured Tribes to obtain their subordination during the Ladonian Campaigns to tame the waring tribes and institute stability within the world. Full powers of annexation are bestowed upon the Ladonian War Department subject only to a nullification from the Cabinet, or Veto by the Queen. Respect and Honor shall be granted to the NEW Tribes so conqured and tamed to subordination; and,

Whereas,
The Ladonian Cabinet of Ministers and Ministerettes, and those of undisclosed preferences of titles, have unto themselves declared Plenary Powers over all nations and nation states, to be held by the Ladonian Cabinet alone; and,

Whereas,
Through the grace of the Gods, Goddesses, rocks and things of a similar property, grant to the Queen of Ladonia, and her consorts of good and favorable wealth, powers unforseen and unknown magnitude of the etheral realm; and,

Whereas,
There exists a Minister of Parallel Universe Tribal Service, experienced in tribal and other affairs;

BUREAU OF TRIBAL AFFAIRS
ORDER OF THE FIRST THING

1) All Tribes shall be declared Domestic Dependent Tribal Nations (DDTN)

2) Plenary Powers over DDTN shall rest with the Ladonian Cabinet and delegated to BTA to effect services and benefits to the DDTNs, subject to a VETO of the Cabinet for cause.

3) A Conqured Tribe by the War Department holds no status until it is transfered and acknowledged by the BTA, however, it is declared to be a Subordinate Sovereign until the WD transfers to the BTA to be acknowledged for Services and Benefits, and upon that acknowledgement, it becomes a DDTN with full rights and privileges as a Tribal entity with Dual status Citizens.

4) A Reservation will be set aside and placed in LADONIAN TRUST for the benefit of the DDTN.

5) Free Education will be provided to the enrolled membership of the DDTNs. Everyone will be issued a Diploma of Graduation for FREE.

6) Health Services shall be provided that they contribute to a Ladonian National Health Plan consisting of self education in the Arts of Healing.

7) Each DDTN shall have the power to create Trade Coupons for trading intercourse actvities.

8) Other services and benefits will be granted as per Ladonian Law of Changes.

ENDORSERS:
Pedro Martinez – Admiral of the Fleet and Gran Capitan.

Arx on the moon 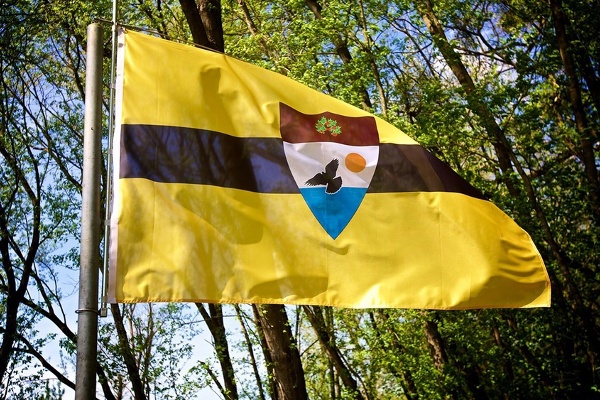 Liberland’s Empty Promises to Syrian Refugees Scorned by Other Micronations