The Minister of Art and Jump tells us the story of Eternal Ministers (a title when once you get it you cannot leave it) and Stone Race:

“If you are talking about us minister, I’m one 🙂 I don’t know how many others we have… but I think three have said they resign.

If you are talking about the original Ladonian Eternals:

History of Ladonia Stone Race
The Ladonia Stone Race, as we know it today, bears little or no resemblance with its ancient forerunner. In fact it was neither a game nor a competition in those long gone days that disappear in the mists of time. Only Ladon knows how old this tradition is or how far back it dates. But well preserved rolls tells about The Three Wise of Ladon who every 100 year met on the shores of Ladonia and held meetings, that where both court, and sacred meditation-like gatherings. Our old stories tell about The Three Wise that came together to sit. They sat on the stones and boulders of our ancient Ladonian shore and watched civilisations be born, grow old and crumble into dust.

They held the torch of knowledge and didn’t grow old as the rest of the humans around them. It’s said that they where “the Eternals” (a honorary title still given to Ladonian Ministers of today). They never ate during their “court-meetings” (to use a notion we can understand, but that holds little or no resemblance with what The Wise actually where doing).
Their meetings could go on for up to five years at the time and they were not asleep and not awake. The Wise where at these meetings like in a suspended animation, something that looked like trance or meditation. They where the guardians of time and space and had a key role in transition from winter to summer and other phenomenon we can only start to wonder about. Some say that they where the ones that saw to it that civilisations was born, other says they where the force that conceived the world and reality as we know it today (not that we know much, but the more we learn the more evident it is that we know so very little).

Some ancient stories says that the Eternals where the key to Intelligence, Imagination and Creativity. We can only hope to understand what role they played in the eons that has passed. But today we honour their memory with the Ladonian Stone Race that springs from their sitting on the stones. This racing might help us get closer to the elements; help us gain an understanding for the nature of things. And maybe even bring us closer to our minds, our human nature and ourselves. The race let us contact our inner self and help us rest our restless minds bent on activities.

Ladonia Stone Race is probably the only race in the world that truly does anything to people.” 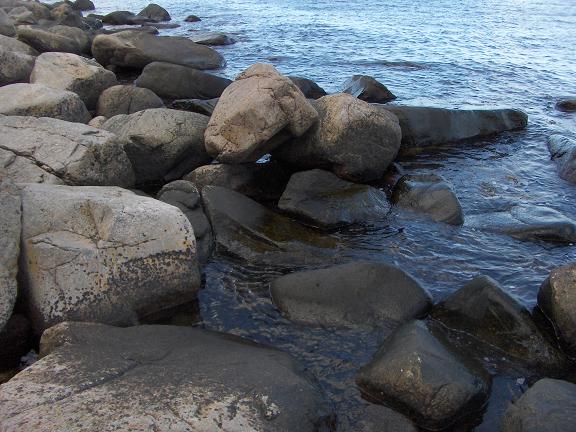 This is Ladonia Eternal Ministers:

Minister of All Winds Birgitta Rudenius

* Phil Halfhill became vice president this year but left his position in the autumn, then returning again and leaving. Then once more returning and leaving. Now he has declared that he has left his nobility title “Sir” and his Ladonia citizenship. He has also declared that he no longer will be an eternal minister. But that is impossible. Phil will till the end of time remain Eternal Minister.