The Biennial in Moss, “Momentum” will begin in September this year. The Hedgehogger is an art project that is introducing the upcoming exhibition and the complexity of the art world of biennales.

For the show, the curators aspire to put together a story that follows different plotlines and open-ended narrative passages. Not a theme show nor an exhibition with a thesis, “Try again, fail again, fail better” poses questions about birth and loss, death and surrender, grief and nostalgia.

Taking its title from a novel by 20th century Irish writer Samuel Beckett Try again, fail again, fail better stages a theater of the absurd, in which animals, humans and ghosts all play their tragic parts. But it is also a day in life of the inhabitants of Moss and a stroll along the spaces that punctuate our existence.

The exhibition, Try again, fail again, fail better will include more than 20 artists spanning generations and working in a variety of media and techniques from conceptual art, animation to still photography, role-playing to team building. Unlike the prevailing biennial tendency to debut the latest talents and movements, this show draws connections across time and throughout the past and present, rather than just concentration on the fleeting trend or tastes. And the context within the heart of the city of Moss brings with it the undeniable weight of countless histories and manifestations, triumphs and failures.

Moss has with Momentum created a tradition of co-opting and transforming existing buildings and structures into venues for temporary art shows. In Moss an artist can turn his or her apartment into a gallery or opens an independent exhibition space. Learning from this experience, the curators recognize the specificity of Moss’ art scene and the vast quantities of unoccupied space. That space is both a blessing and a curse: it offers up exciting and fresh venues for presenting art, however it also symbolizes the failures and consequences of the city’s powerful and persistent memory and history.
The Moss biennial is the only biennial in the world that changes locations and venues according to the exigencies of the exhibition. Try again, fail again, fail better will thus become a strange carnival or street fair, following a jagged descent into the spirals of time.

THE MATCH: MOSS VERSUS BERLIN

Enter the authors to assist the art events. In the blue corner Moss is matching Samuel Beckett, while Berlin brings forward John Steinbeck with Robert Burns at ringside.

I could pet it with my thumb while we walked along.

Guys like us, that work on ranches are the loneliest guys in the world . . . They don’t belong to no place.

I don’t like this place, George. This ain’t no good place. I wanna get outa here….they go inta town and blow their stake…

Guy don’t need no scuse to be a nice fella. Seems to me sometimes it jus’ works the other. That means we’ll be bucking grain bags, bustin’ a gut….beaten hard by tramps who come wearily down from the highway in the evening to jungle up near the water

All of old. Nothing else ever. Ever tried. Ever failed. No matter. Try again. Fail again. Fail better.

S’pose I went in with you guys. . . . I could cook and tend the chickens and hoe the garden some. How’d that be?

We gotta house and chickens an’ fruit trees an’ a place a hundred time prettier than this.You got your work slips? Well, that glove’s fulla Vaseline. An’ I bet he’s eatin’ raw eggs and writin’ to the patent medicine houses.

On mice and men…

Said nohow on. I have said “nohow on”.

IT WAS ALL OVER EVEN BEFORE IT STARTED. MAN! SHOW SOME RESPECT!

The Hedgehog is reflecting on the state of affairs after the great match:
This the way to the mossyroom. Mind your hats goan in! Now yiz are in the Sqoor. This is a Buddegunn. This is a Sweed. Tip… This is the triplewon hat of Vincentium. Tip. Vincentiumhat. This is the colonelium on his same white harse, the battleharse. 1716. This is the big, grand and magentic in his goldtin spurs and his ironed dux and his quarterbrass woodyshoes and his magnate’s gharters and his bangkok’s best and goliar’s goloshes and his pulluponeasyan wartrews. This is his big wide harse. Tip. Goan to Balaklava. History as her is harped… Tantris, hattrick, tryst and parting, by vowelglide! I feel your thrilljoy mouths overtspeaking, O dragoman, hands understudium… Every third man has a chink in his conscience and every other woman has a jape in her mind. All hath here, elk and convention busted to the wurld at large, on the table round in Ande Mundie 1814. Tip.

A couple of weeks ago, the Berlin biennale opened, curated by Maurizio Cattelan, Massimiliano Gioni och Ali Subotnick. The general theme, as in most biennales, is about life: you are born; you die, and in between
(traumatic) thing happen. Unusually for a major biennale, this one is possible to see in just one day, i.e. most films and videos are just a few minutes long. And for most of the presented works / projects, the visitor doesn’t need the information from the catalogue. This has been seen as a critique of the third biennale.
The biennale is located along the Auguststrasse, the same street as Kunst-Werke is to be found; the used spaces are old stables, a basement, a container and an old non-renovated mirrored ballroom. Even private inhabited apartments are used, which for me is a bit nostalgic on a personal level, because some of the apartments was in the same spirit as my own M Art In(n) gallery project, that I initiated 2000 – 2003 in Helsingborg, Sweden.
One problem with the used spaces, which is common with spaces that have a significant history, is that the space easily becomes more interesting than the presented artworks. Many artists are not experienced enough to work in such environments, a serious critique, but not very surprising. Most Art Schools teaches how to make art, not visual presentations of their work from a given situation.

During the first weekend, Robert Kusmirowskis full size replica of a polish boxcar, placed in a room in a former Jewish girls-school, was one of the talked about works. Understandable, it had an instant impact on the viewer, the wagon fills the whole room with its own presence, combined with a significant reference – a Jewish school. Combined it seems like a powerful force, history that explodes, and break the walls.
Another work that got attention was Reynold Reynolds film Burn. A man is pouring petrol on a bed, where a woman sleeps, and then lights it. At the same time, some other sequences show another couple that doesn’t seems to care that their home is on fire, they continue with their daily things.
Several artists show personal mythologies. Michaël Borremans, one of the few painters, shows a little model on a house, reminding somewhat of Kafka, shown together with several painting that depicts the house in different art-historical settings.
Personal, I was fond of Aneta Grzeszykowskas photo album, placed on a dining table in one of the apartments. At the start, the photos looked liked ordinary family photos, but there is something disturbing.
It turned out that the artist has digitally edited her own family album, making she disappear from the photos, taking away the photo as an idea of a personal materialisation of a memory.

Significant in the biennale is the use of a symbolic visual language, often sentimental, and with a small hashing to surrealism. Especially a visual language that is common in Eastern Europe presented; several of the artists are also from Eastern Europe. This kind of art is not common in the biennale culture and within major institutions of contemporary art. Often it is overlooked as somewhat traditionally, modernist and illustrative. Even, black/white Polish graphics are exhibited at the biennale (Dorota Jurczaks mythical images of birds picking on heads). This kind of art has been seemed as hopeless. After the wall, there were several artists from Eastern Europe that became well known within a western art-world hemisphere. But often, it was with presented in a western framework of aesthetics.

There are four artists from the Nordic countries. All of them seem to manage quite well in the competition. The Danish artist, Sergej Jensen presented the installation “The waiting room” in one of the apartments.
Three Swedish artists are participating. Most hype has Nathalie Djurberg, with her remarkably strange animations, which move from humour to dark fairytales like the Grimm brothers. Felix Gmelin shows a film from the seventies, showing sexual education to young blind persons, and how they studying by touching young naked models. In a video, Klara Liden is dancing in a subway car, in Stockholm. It is not seducing; on the contrary, it has humour and is rebellious.
Too sum up, in general terms, it seems in this biennale, that the social critique has gone from a quantitative method, that has an ambition of social studies and to reflect upon reality, to a more qualitative method, there the personal narrative is dominating. Maybe, this in an expression for an urge for the existential and authentic.

In German media, and elsewhere, the biennale seems to be well received, and the visitors like it, despite there are no artistic representation from Asia, African or South America. The fact that only 20% of the participating artists are women is not a big issue, and barely mentioned. At least in Sweden, the lack of women would be a scandal, but in Germany they look at gender issues in a different way.
The fact that Berlin Biennale is concentrating on Eastern Europe is understandable, and probably, it is also an expression of Easter Europe’s increased importance in politics and in the economy. But one thing is sure; the Berlin biennale is in many ways different from other biennales. The curators have found a neglected visual aesthetics/concept of art in the artworld. The core question is if it will have a long term effect on the artworld, and change the idea of quality, or if this biennale is too different from the others? But, if this is an ongoing trend, the Nordic artworld will probably change within 2 or 3 years, and change the cards, and celebrated artists, when new ideas of quality hits the market. The Berlin biennale could, after Momentum 2006, turn out to be one of the most important biennials this year.

A small part of the Great Wall in place

A project about the war 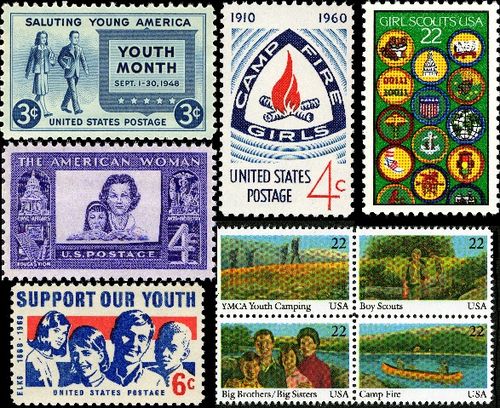