Hedgehogger no 6 – with BREAKING NEWS!!

Hedgehogger is the unofficial magazine of the Moss Biennale. Editorial board: Martin Schibli and Lars Vilks. 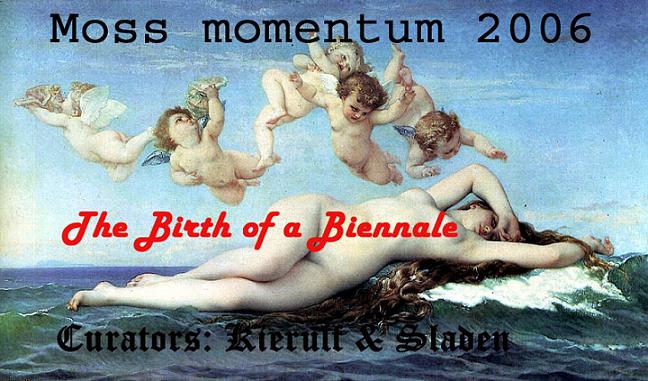 The Moss Biennale will open on the 2nd of September. The birth has already begun. The birth of Art took place around 1790 – 1810. To actually raise from this birth a miracle is needed. And since then art is depending on such a miracle: “Will it happen? It has happened!? I am convinced that it has happened.” Now, the natural place for this fantastic event is, at this point in our history, the biennale. There, and only there, is it possible for the common effort of the contemporary artists to launch the art on its real mission: to reach the absolute, to show the harmony behind all things in the world. It is of course not an easy task. Most biennales fail. Actually, so far they have all failed. And with a stern view, art has not succeeded in its mission since the very start – and not even then. But there is no reason to give up. It could happen. And now we can follow the birth of yet another biennale. The birth has begun, and we can say: What a beginning!

The unexpected performance which shocked the world

Zinedine Zidane was sent of in the World Cup Final. He has been very silent about the reason why he headed the Italien player Materazzi. What was the reason? Zidane is here giving the background exclusively for the Hedgehogger.

“In art, they have a discourse”

Zidane: It is not easy for a soccer player to stop playing. What can I actually do except playing? Some time ago I came into art. The artists Douglas Gordon and Philippe Parreno made a film about me. And at the same time I became interested in contemporary art. The film was rather boring. As I understand art is about doing something amazing and provocative. I was also told that the thing that was made, or what was going on, is not necessarily what the work is about. In art, they have a discourse, a philosophical story. That is not the case with soccer. I was also told that everything can be made into art. When I heard about the biennale in Moss and about the two curators Kierulf and Sladen, I suddenly found a new way for my life.

Hedgehogger: But why Moss? There are many biennales and Moss is not one of the most well-known?

Zidane: Again, that is what I have learnt from art. To do the unexpected. Who would ever think that Zidane should have an interest in the Moss biennale? And I have always liked Norway. A place to relax, go for fishing trips, hiking in the mountains, skiing and all that. I am much more a man of action than a man of words. Anyway, the idea to do a work as a trailer to the Moss exhibition came up. I prefer that as I am in all respects a newcomer in art. I was told that it was possible to do an “überheben”. If I remember correct that should be a word from some German philosopher. I could leave the soccer and add something that was and was not a part of the game. Soccer as art. And when it is that, it is something else than what you actually believe. I became a performance artist. I have been that all of my life but never with a spiritual value. You see, we don’t do very much serious thinking in football; theory in football is very technical. 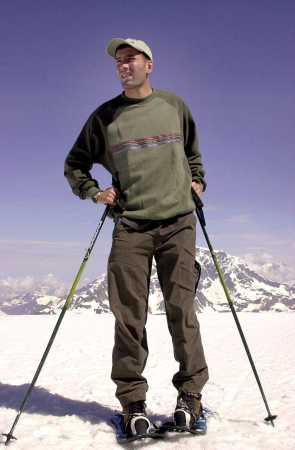 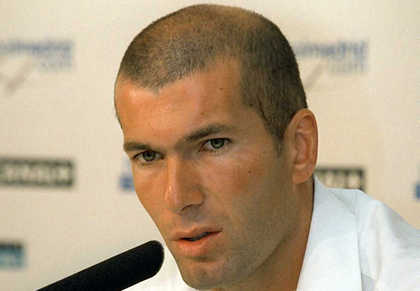 “we don’t do very much serious thinking in football”

Hedgehogger: How did you plan your artistic activity?

Zidane: It was quite easy. The curators had given me the clue: “Try again, fail again, fail less.” That was all. I have followed that sentence – without thinking about it – all of my life. But at this point I had to change my life, going into a life of after football.

Hedgehogger: But why did you use the World Cup Final?

Zidane: You know, in art, as I can understand it, you need a lot of attention. Of course I have always a lot of attention and would have had even after ending my carrier. But should I have been taken seriously? I don’t think so. I had to do something drastic to show that I really meant that I was passing a turning point in my life. Going into something different, trying to accomplish something else than playing soccer. I have studied some of the great artists like van Gogh and Duchamp. They were not recognized for a long time, quite the contrary. You see, football is very different. Either you are recognized as a successful player or not. You will not achieve a position later in life if you failed in the eyes of the spectators. Failure was necessary, a very surprising conclusion for a football player.

Hedgehogger: When did the performance start?

Zidane: It started from the very beginning. But I can understand that nobody saw that. I played Zidane all through the game until the second half of the extra time. I went up to Materazzi and said: “Now I am a performance artist. I have a discourse; my actions have a deeper meaning.” And then I headed him, not very hard, but he fell over easy. Then everything turned out to be “relational aesthetics”; I have learnt that from Gordon and Parreno who had much to say on that subject. If I have understood it correctly it means that the activities of people are the artwork. And thinking about it, I think I have made a “total work of art” as people all over the world could participate. And I think I have made a valuable contribution to the biennale of Moss, a trailer for the show. Maybe I have even succeeded in making a masterpiece. 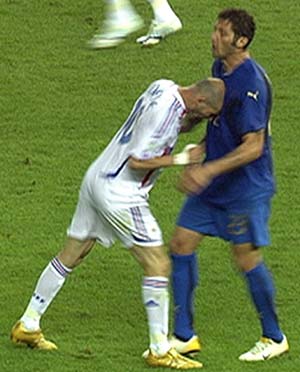 “I headed him, not very hard, but he fell over easy” 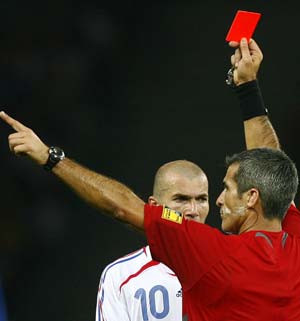 “Now I am a performance artist”

Hedgehogger: What would you say the work is about?

Zidane: I think it is a statement about an important aspect of life. Especially these Italians are very superficial. In France, and I consider myself French, we have a tradition of being cultivated. We read a lot. Baudelaire and Ronsard together with Mallarmé have been a great inspiration for my carrier in soccer. And of course Albert Camus. The Italians prefer cartoons and the like. Materazzi needed to meet something he had never experienced. And I think he got it.

Hedgehogger: But will you be recognized as an artist? Most people believe that you just lost your temper?

Zidane: Come on, I have been in the game for many years. And I was playing the World Cup Final. And not only that, we were almost winning. I was playing good and everything pointed towards a fantastic peak of my carrier. Why should I destroy all that? There must be a very special reason. And that is that I was becoming an artist, adding something spiritual to the world. And I call my piece “The Stranger” after Camus’ book.

Relational aesthetics: “I had a special reason”

Thus spoke the great Zidane. And no doubt, his amazing action will probably remain as a landmark in the history of art. And the Moss biennale is borne.